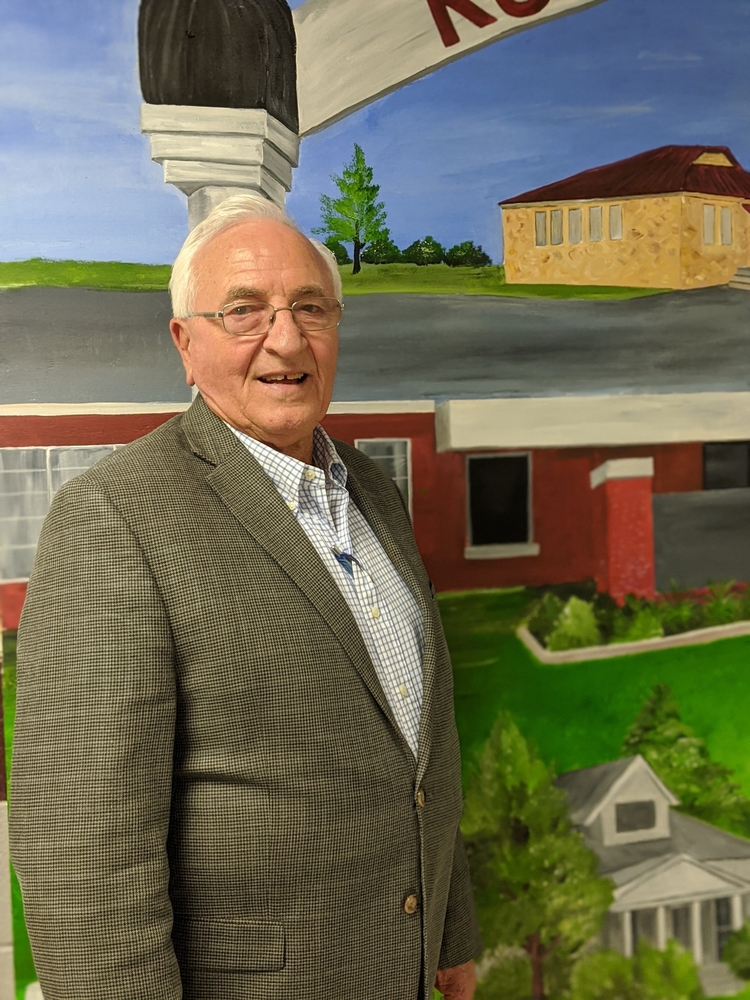 Last month, the Modern Woodmen Junior Service Club honored Mr. Larry B Mitchell at the district office with the Hometown Hero Award. The Hometown Hero Award is given every year to a person whom the club feels has made a significant impact on the community. Mitchell received a certificate, and a small brunch was prepared for him. He chose the American Cancer Society as his charity, to which Modern Woodmen made a generous donation in his honor. 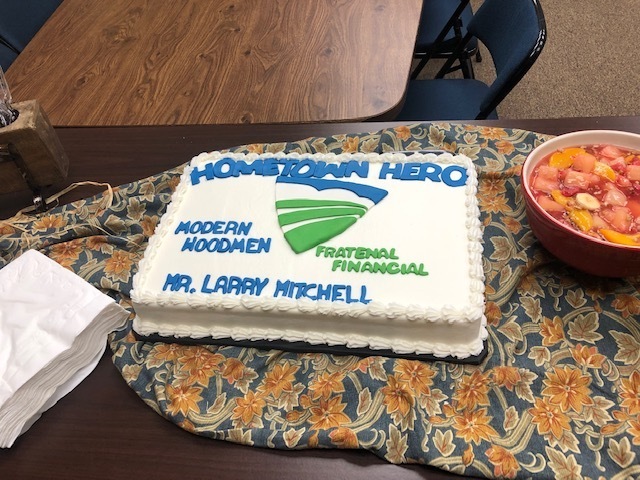 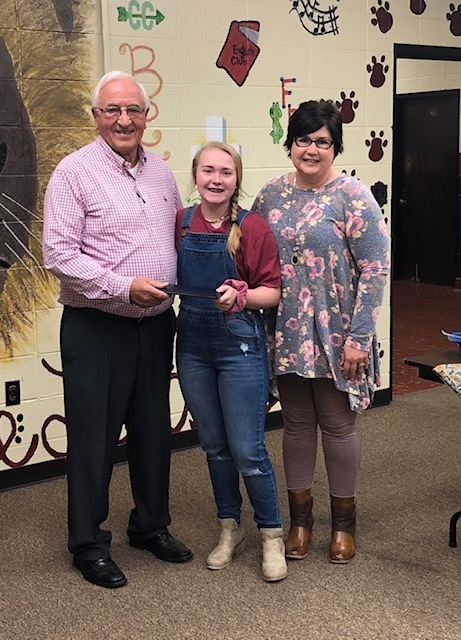 Not only was Mr. Mitchell selected as Modern Woodmen’s Hometown Hero, but many in the town of Kossuth would consider him our very own community hero, creating a lasting legacy that others will always remember. Mr. Mitchell first began his career in 1967 as the agriculture teacher and career counselor at Alcorn Central High School, where he remained for two years. Then in August of 1969, he became the first director of the Alcorn County Vocational Center and was instrumental in creating and implementing the very first programs. Mitchell even flew to visit other districts to observe and gain insight to ensure that the vocational center he was over was as successful as possible. Once he determined the programs he wanted here in Alcorn County, he sought out the people certified for the jobs and established the first staff. After diligently working on the vocational programs, he was eventually elected the president of the Mississippi Vocational Directors. He also was the first to be awarded “Outstanding Vocational Director” for the state of Mississippi.

After nine years as Director of the Alcorn Vocational Center, Mitchell became the principal of Kossuth High School in August of 1978, where he remained for seventeen and a half years. During his tenure at Kossuth High School, Mr. Mitchell played a significant role in improving and restructuring many parts of the campus. A building from the Union Center Fire Department was moved to campus and became the Agricultural building. Mitchell even used his own farm equipment to move and set up this building. In addition, he was responsible for many other out-buildings on campus. 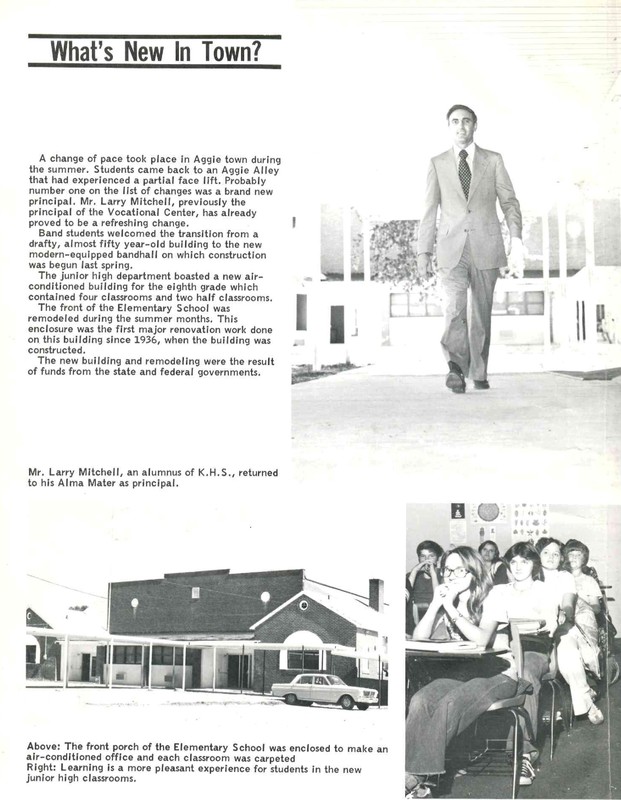 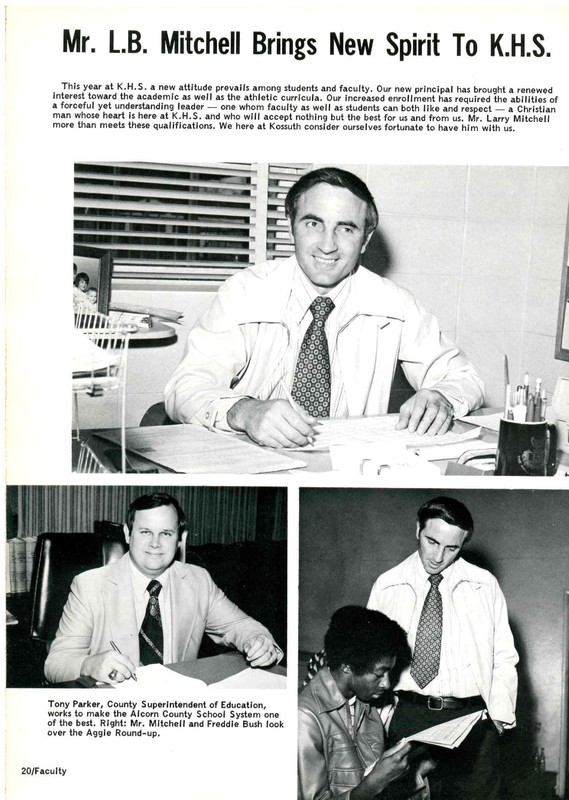 The “Larry B. Mitchell” football stadium was also positively affected by Mr. Mitchell’s hard work and dedication. Striving to improve the Aggie football experience, Mitchell swapped the visitor side and home side bleachers, as he researched, visited Tishomingo campus, and sought to build new and improved bleachers for Kossuth. Mitchell drew up the plans himself, ordered the materials, and built the new bleachers with the help of Bro. Carrol Talley, Mr. Rickey Turner, Mr. Bobby Hugh Shadburn, and others. He even painted the bleachers silver, and Mrs. Barbara comically referred to him as the "tin man." Continuing to improve the campus, Mr. Mitchell also added the end bleachers to the gymnasium.

After twenty-nine and a half years in education, Mr. Mitchell retired to pursue a career in farming. He continued this career until January of 2016, when he decided to return to the education system as Superintendent of the Alcorn County School District. While in this position, Mr. Mitchell has continued to strive for improvements, leaving an overall positive impact on our district. As quoted from Mrs. Anthia Follin-King in the Daily Corinthian, “Behind every good school, staff, and student body, there has to be a good leader…and we have had that with Mr. Mitchell.”

Our community will celebrate Mr. Larry Mitchell on Sunday, December 1, at 2pm, at Parks Place, for a retirement reception. We invite everyone out to congratulate him on his career and accomplishments. 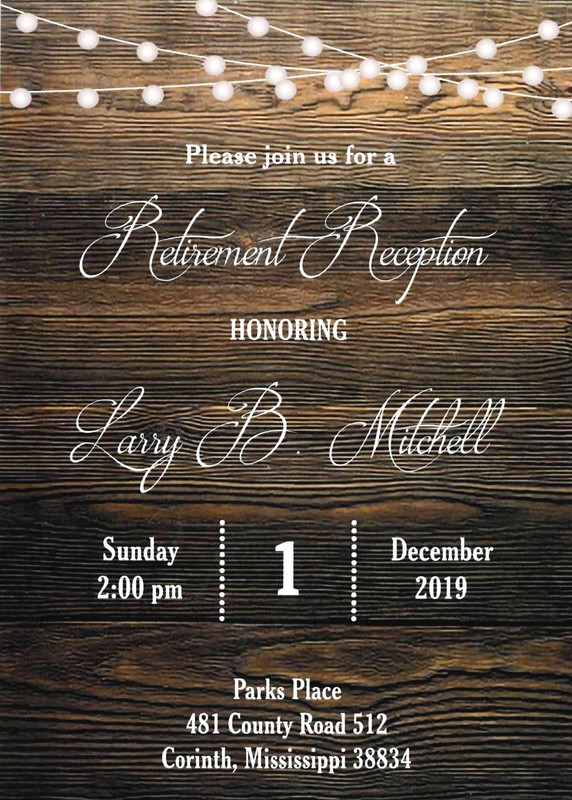