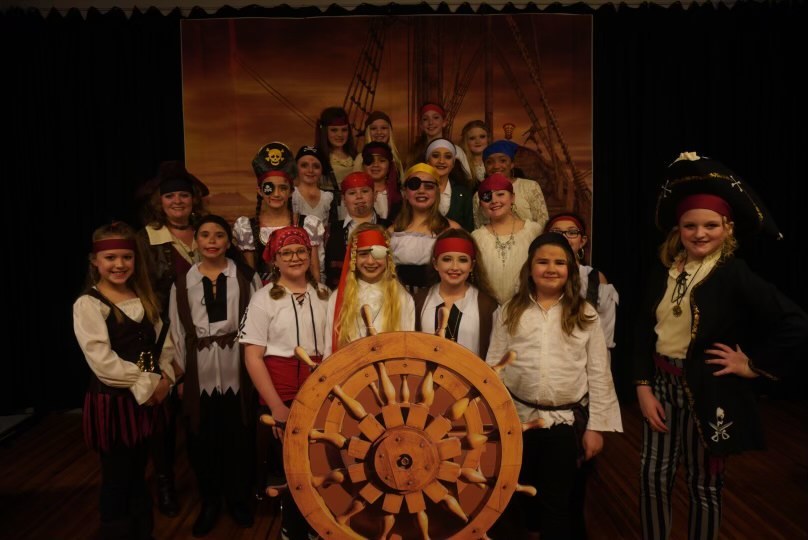 The Kossuth Elementary Music Makers presented "Pirates - the Musical" written by John Jacobson and Roger Emerson on March 4 and 5 almost one full year after the originally planned presentation date. The auditioned group of third and fourth grade students were slated to perform two weeks after they returned from Spring Break in March of 2020, but were unable to perform due to Covid-19.