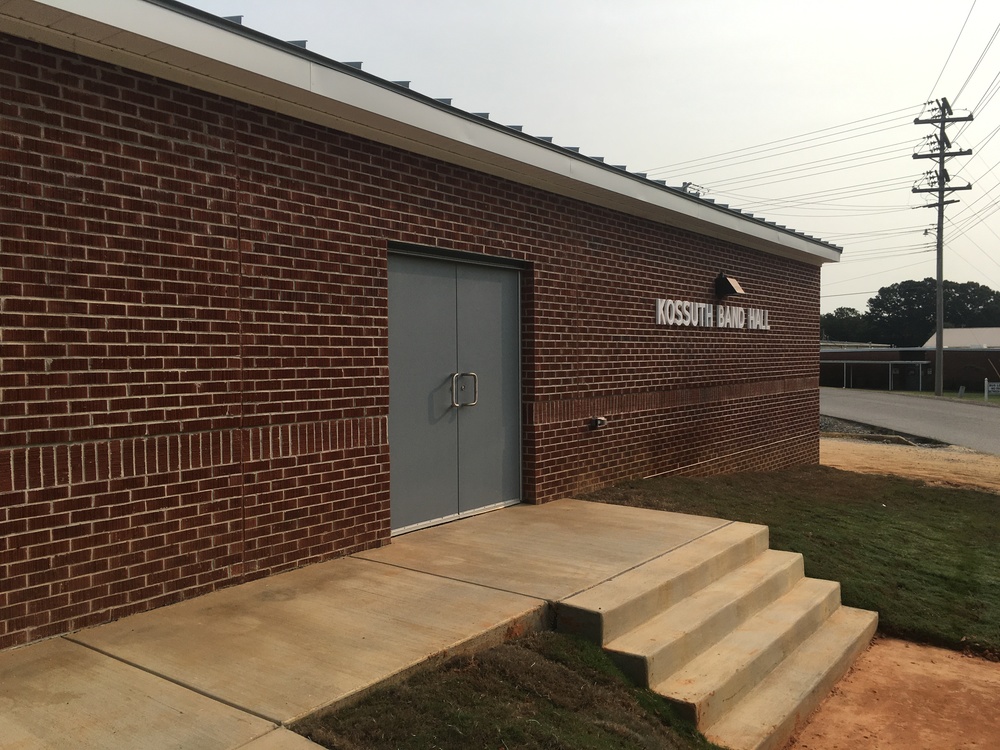 New renovations along with an actual competition year brought a breath of fresh air for our "Maroon Band from Aggie Land." Between two years of Covid restrictions and almost eight months of renovations, the Aggie Band is finally feeling a sense of normalcy again. In February of 2021, the Kossuth Band Hall began undergoing renovations, including a new classroom, a new storage room with a garage door for loading instruments, a new guard room, and added shelving to the uniform room and drum room. Other upgrades included a fresh coat of paint over the entire building and a new carpet.

The group of girls who make up the Kossuth Color Guard are excited to finally have all of their equipment and uniforms in one place. They are also excited to have an area where they can practice and prepare for their competitions and Friday night football games. Whether it be getting dressed and doing their makeup or going over their drill, they now have their own room. The members of the Kossuth Band are also very excited to have more storage space and easier access for the larger instruments. Band directors Brandon Harvell  and Dianne Cole are very happy to have the much-needed extra space and additional shelves. Band director and color guard Coach Dianne Cole says, “It’s so great to walk into a clean organized band hall."

Band Director Brandon Harvell expressed his thoughts about this year's competition. "I'm extremely excited that the band is getting to compete again. We have two classes who have never even marched in competition. The band has already showed great resilience when faced with many students being quarantined. I am also a little nervous because many students have already been quarantined, and we have had to re-teach the same marching drill over and over again. We are about two weeks behind where we should be at this point, but Kossuth kids always work hard, and that is no exception with this year's band. Through that hard work, we will be successful."

The Maroon Band from Aggie Land will participate in their first competition in almost two years,  on Saturday, October 9, at the MHSAA Region 1 Marching Evaluations at Tupelo High School.

Click HERE to view a photo gallery and our roster.