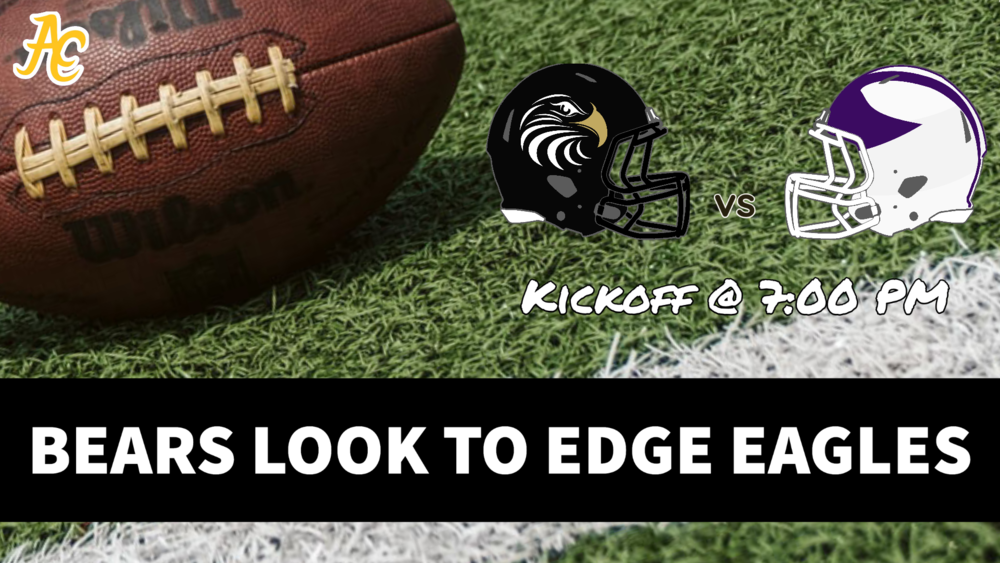 Last week, the Bears dropped a 41-7 contest to the Walnut Wildcats. The Falkner Eagles dropped their contest 34-6 to the Potts Camp Cardinals. AC & Falkner have met 16 times over the years on the gridiron. They first met during the 1968 season, and that game ended in a 6-6 tie. Since that time, Alcorn Central holds a 8-7 lead in the series. Alcorn Central has won 5 of the last 6 contests. All time in the series, Alcorn Central has scored 255 points (15.9 PPG), while Falkner has scored 258 points (16.1 PPG).

The Bears traveled to Tippah County last season and won the contest by a score of 42-19. The last time the Eagles traveled to Glen was during the 2010 season, and the Eagles won the contest by a score of 33-13. That is the last season the Golden Bears went winless. The Golden Bears will be looking for many players to step up after losing star utility player Charlie Staley to a leg/ankle injury last week. Falkner is under new leadership this season as former Biggersville defensive coordinator Jeff Anglin has taken the reins as Head Coach.

Coach Anglin is known for having strong defensive units. While serving as Defensive Coordinator at Biggersville, his defensives gave up less than 14 points a ballgame in 3 seasons. With the Eagles still finding their way in their new offensive and defensive sets, I look for the Bears to control the line of scrimmage, time of possession and easily edge the Eagles of Falkner with the use of their wing offense. In the words of AC Head Coach Matt Meeks: Hammer Down, Go Bears!