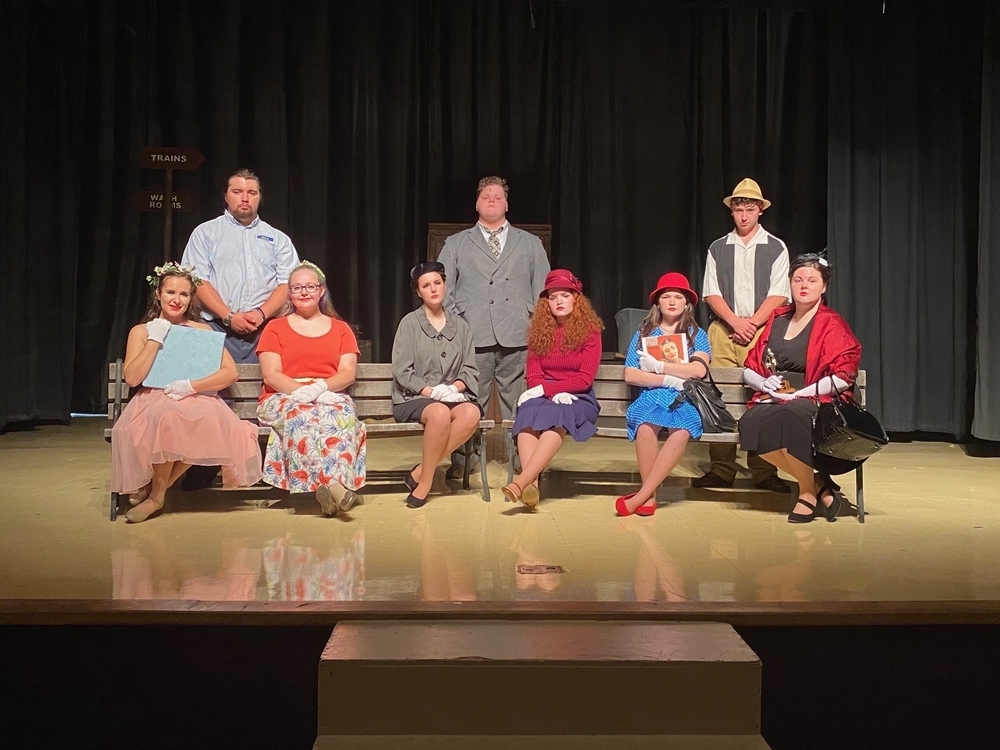 ACHS Drama Club Competes in Drama Fest
Alcorn Central High School
Friday, November 06, 2020
The Mississippi Theatre Association North MS Dramafest, which is usually held on the campus of Mississippi State University, will be held virtually this year on November 7 through ShowTix4U streaming platform.
ACHS will open the competition with their show streaming at 8:00 a.m., followed immediately by their adjudication time with the judges on WebEx. After that, Yazoo County High School, Tishomingo County High School, Corinth High School will perform before lunch.  Following a lunch break, Jackson Preparatory School, Meridian High School, Brandon High School, Jackson Academy, Northwest Rankin High School and Starkville High School will have their shows streamed before a supper break.  The Awards will convene at 8:30 p.m. on the same streaming platform that has been used all day and will also be made available on the Mississippi Theatre Association Facebook page.
This is a year like no other for the Golden Bear Drama Club and Director Twila Bridges. Unlike previous years, the date of competition this yea was a month earlier. ACHS has been know to explore the more diverse genres of theatre in the last few years taking a plethora a good shows to Drama Fest. This year, Director Twila Bridges took it to whole new level with the show titled “Emotional Baggage.”
This play is an exploration of emotional baggage.  We all have it; how do we deal with it? Do we deal with it at all?  Each of the characters in the play has emotional baggage, which is physicalized by the piece of luggage that they carry around with them.
The play has no words - the story is told through action and gesture. The background music will play a large part of our show. We are using Vivaldi's Four Seasons.
This play was written by Lindsay Price and published through Theatrefolk.
The wonderful cast:
Taylor Armstrong, Brayden Ballard, Alex Barnett, Mykaela Brown, Sara Ellsworth, Cadence Hill, Maggie Kate Rhoads, Mackenzie Trest, and Tyler Walker.
The amazing crew:
Maggie Crum, Allie Huddleston, Taylor Kennedy, Elijah Voyles, Olivia Walker, and Norah Kate Wilhite.
We are wishing the AC Drama Club the best of luck to their performance with MTA’s North MS Drama Fest!
#weareAC