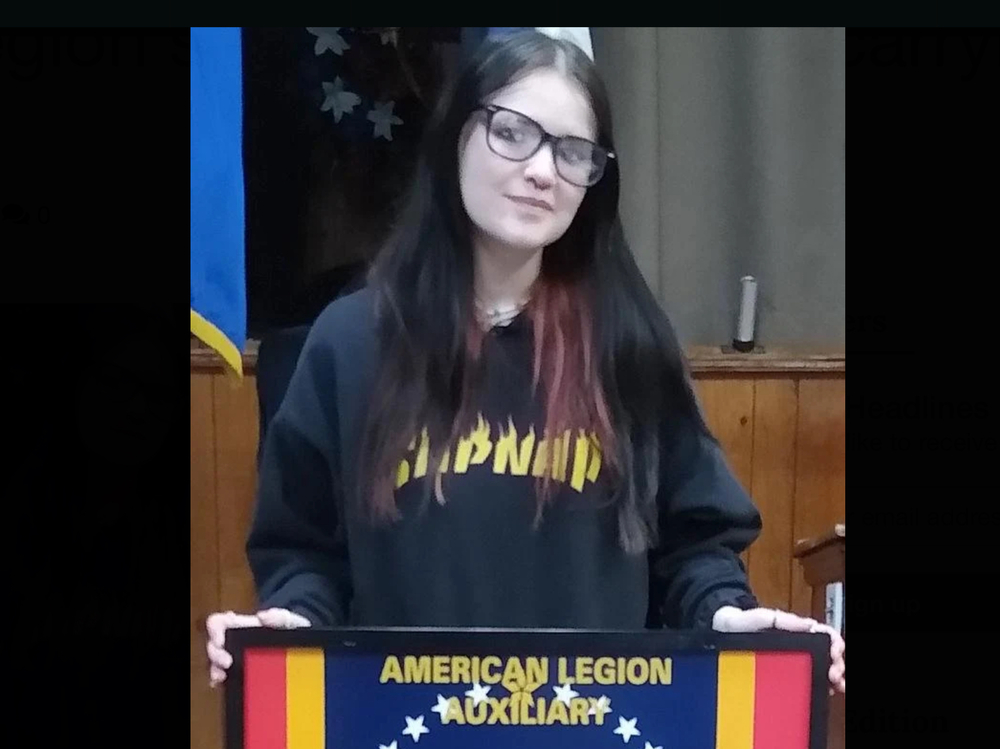 The American Legion Post 6 Auxiliary has proudly kept its mission of serving veterans and active military. Post 6 is even more proud that this mission is being instilled in the younger generation of its members.

Since joining Unit 6 in 2015, Hill has attended every state convention and several workshops. She attends the monthly meetings and has helped with numerous events, such as Mississippi Project Package, a project near and dear to the Post 6 family. This year, Hill selflessly took $80 of her own money and purchased numerous bags of candy to be placed in the Christmas gift boxes sent to deployed troops overseas.

During her membership with the Auxiliary, Hill learned that freedoms are not free and they come with a cost, sometimes the ultimate cost. An event that makes this clear is the Annual Seth Ricketts Memorial. Hill has attended and worked at the event every year, selling American flag bracelets and stickers and donating the proceeds to the memorial. She even purchased at the annual auction a helmet that had belonged to Seth’s father, Bill, to wear in the rides.

“The future of our organization depends on members like Cadie and our other junior members and it’s our responsibility as senior members to instill the knowledge and training to ensure that the mission is continued,” said a Post 6 spokesperson.

Seth Ricketts MemorialHill and Post 6 members invite the community to attend the Annual Seth Rickett’s Memorial at the Post at 10 a.m. on Saturday, April 30. The family fun-filled day will include various vendors, food, live auction and a Poker Run ride. Jeremy Jones and his chuckwagon cooking operation will be one of the vendors available.

Registration for the ride starts at 9 a.m. and kick stands up at 11 a.m. All proceeds go to The Fisher House thru the Ricketts family.

If anyone would like more information on how to become a member of either of the branches of the American Legion Post 6 family, meetings are held the second Thursday of each month at 6 p.m. at 511 South Tate Street.

All activities are dedicated to helping veterans and active military service members.